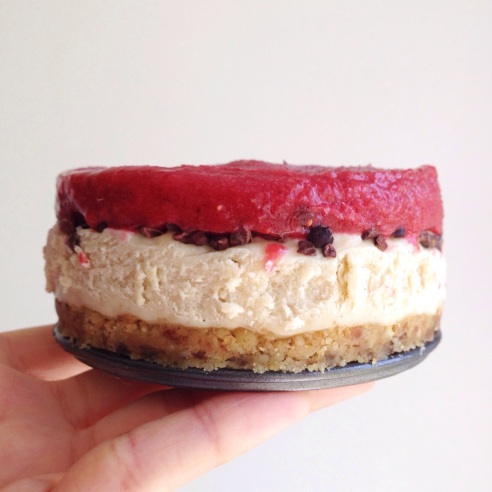 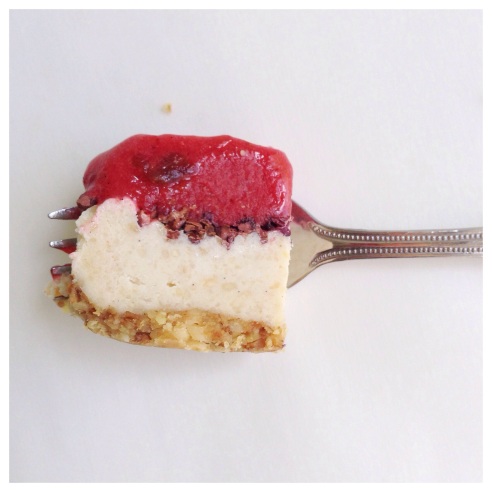 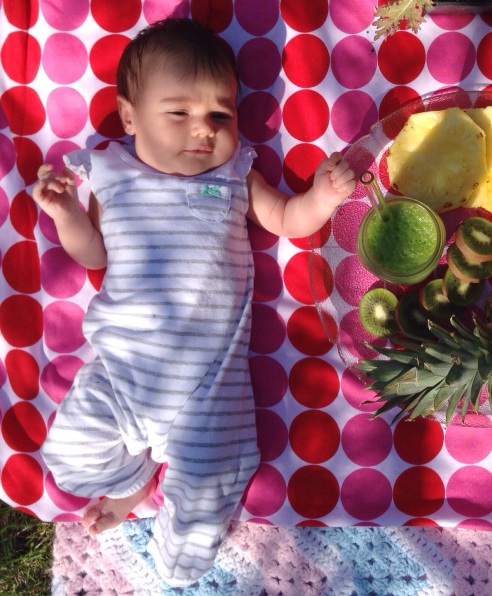 Before I get into the details of my pie, I want to give an update on my 30 day raw till 4 experiment.
Loving it! My digestion has improved drastically. There isn’t one point in my day that I feel weighed down or heavy after a meal. I’ve never had digestion issues but the last two months of being pregnant got me off track. I indulged wayyyyy too much on crappy choices. After 2 weeks of this, I feel back to my normal self.
I’m having 2 or 3 banana, carob & date (sometimes adding spinach) drinks before 4, along with 1 HUGE mixed green salad and other random fruits and raw veggies. About 6 bananas in total.
My most liked cooked dinner has been an old favorite of mine: roasted potato wedges with baby arugula, avocado and dill. A little bit of rice vinegar splashed on top too. So good.
So yes, overall, I’m 100% happy with raw till 4. Don’t think I’ll be stopping after 30 days either.

Back to the pie!

I used this recipe from The Rawtarian.
They’re all basically the same proportions; some use different nuts for the crust and different fruits for the top/filling.
I used meyer lemons instead of regular lemons to add a little extra *pop* of flavor. 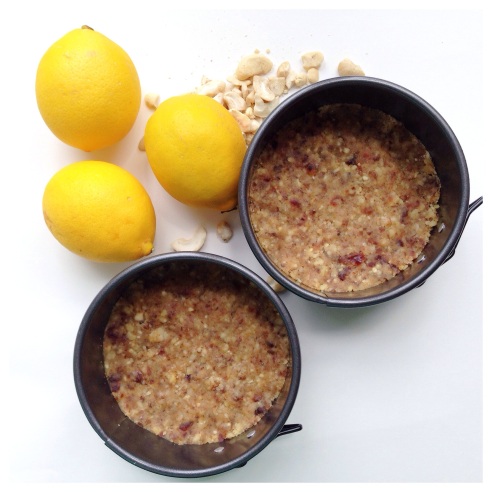 I was eating my usual raw cacao nibs & almond butter snack the other night and I came up with the idea to use them to replicate that middle, chocolate crunch layer of a carvel ice cream cake. (For those of you unaware what a carvel cake is, don’t worry; you’re not missing much. Artificially, super sweet, ice cream cake. They started in NY but I’m pretty sure they’re spread all over the U.S. now. They’re known for putting a crunchy chocolate crumb layer in the middle of their ice cream cakes!) 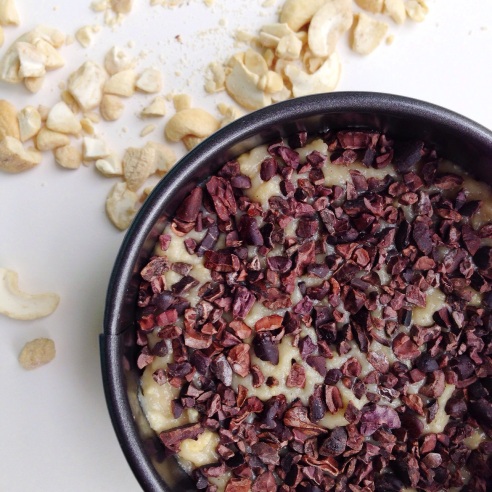 I added the cacao nibs in between the cashew cream and strawberry & date layer.

The combination of strawberries and dates might be my new favorite smoothie. I confess to eating half of it while it was still in the blender…

Also, I’ll add that my 1 year old vitamix had an unusually hard time blending the cashew cream layer. Not sure why. I was a little perturbed but I guess as long as it tastes good who cares if it’s not perfectly smooth. I didn’t notice a difference upon slicing the pie anyway. Looked & tasted perfect! Maybe I’ll add a tiny bit more lemon juice next time.